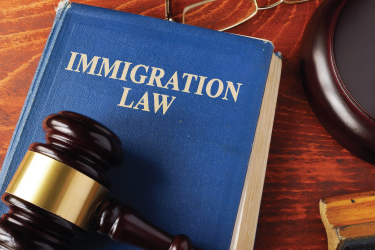 The U.S. Constitution reserves the power to set immigration laws and policies exclusively to the federal government. However, immigrants have constitutional rights and statutory protections in the areas of civil rights and hate crime, fair labor standards, consumer protection, and more. For example, by law, in conducting the 2020 census, the U.S. Census Bureau may not ask about citizenship status, and all responses to census questions are confidential – they will be used only for statistical purposes and not shared with law or immigration enforcement agencies. It is important that all residents of Pennsylvania participate in the 2020 census to ensure that the Commonwealth receives its fair share of federal resources.

The Pennsylvania Office of Attorney General does not enforce immigration law, but does have several units with jurisdiction to enforce state and federal laws affecting the legal rights of immigrants: the Civil Rights Enforcement Section, Fair Labor Section, Bureau of Consumer Protection, and Impact Litigation Section. Where applicable, complainants may be referred to other agencies or non-governmental organizations in a better position to assist.

At the Pennsylvania Office of Attorney General:

Below are short summaries of key legal rights that immigrants have regardless of their documentation status, though a person’s undocumented status may affect the type of relief that is available. Importantly, moreover, the various laws generally protect complainants against retaliation for making complaints.

Constitution – the U.S. Constitution protects persons regardless of their immigration status. Key protections include the prohibition against law enforcement conducting unreasonable searches and seizures; or violating the constitutional guarantee of due process; or engaging in discrimination based on race or ethnicity. (The Constitution of the Commonwealth of Pennsylvania is substantially equivalent to the U.S. Constitution.)

Civil Rights Laws – immigrants, regardless of their status, are protected from unlawful discrimination in employment, education, housing, and public accommodations (e.g., restaurants, hotels) on various bases, such as race, national origin, religion, sex, disability, and age. Moreover, public education and certain types of housing may not be denied because of undocumented status. In addition, federal law prohibits employers from engaging in citizenship discrimination or document abuse (e.g., requesting more or different documents than are required to verify employment eligibility).

Labor Laws – immigrants, regardless of their status, are legally entitled to engage in union organizing and other concerted activity; to minimum wage and overtime pay; and to a workplace that meets occupational safety and health standards.

If you or someone you know has experienced a violation of your rights, please submit a complaint. Besides your name, phone number, and the subject of your complaint, you are not required to disclose any information that you are not comfortable disclosing.