Educating our youth is our greatest collective responsibility.

“[E]ducation … is the very foundation of good citizenship. Today it is a principal instrument in awakening the child to cultural values, in preparing [them] for later professional training, and in helping [them] to adjust normally to [their] environment.  …  Such an opportunity … is a right which must be made available to all on equal terms.” Brown v. Board of Education, 347 U.S. 483, 493 (1954). 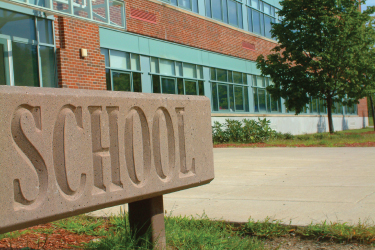 Discrimination in education, in all its forms, robs children of the ability to become high performing citizens, and undermines our collective ability to ensure a well-functioning, equitable society.

The Civil Rights Enforcement Section generally exercises jurisdiction over cases involving systemic patterns or practices of discrimination or that otherwise raise civil rights issues of statewide significance. Complaints of non-systemic or single incidents of discrimination generally are referred to the Pennsylvania Human Relations Commission or another appropriate agency.

Prospective and current students are protected from discrimination in the educational context based on various “protected classes,” meaning the categories of traits protected by state and federal law – race, color, national origin, ancestry, sex, religion age, or disability.  Students also are protected from retaliation for filing a complaint or otherwise aiding an investigation.  These protections stem from both state and federal law.

Pennsylvania Human Relations Act; Pennsylvania Fair Educational Opportunities Act; Title VI of the Civil Rights Act of 1964; Title II of the Americans with Disabilities Act of 1990; Section 504 of the Rehabilitation Act of 1973; Title IX of the Education Amendments Act of 1972.

Two of the most frequent civil rights concerns raised in the educational context are disparate discipline and harassment. The following are examples of how such discrimination might play out.

Disparate Discipline Examples
Two students in sixth grade – a black student with a disability, and white student without a disability – engage in a fight, but the school imposes different disciplinary sanctions on them. Both students have similar disciplinary histories, having each previously received after school detentions for minor infractions. Whether the disparate discipline could be found discriminatory depends on an analysis involving three questions:

Note: Statistical evidence could be marshaled, to determine whether, over a significant time period, there was a very stark disparity in the rates that black and disabled students received the harsh discipline when involved in fights with other students with similar disciplinary backgrounds. Such evidence could be used to show “pretext” in an individual case, and could also be used to conclude that the school has engaged in systemic, “pattern or practice” discrimination.  The evidence could be rebutted by an alternative statistical analysis, or by evidence that the discrimination evidence was based on faulty data, flawed computations, or an improper methodology.

Harassment Example
Some students anonymously inserted sexual and anti-female notes into female students’ lockers and notebooks, and shouted sexual and anti-female language in the hallways in between classes. Some female students told school officials that they did not feel safe at school. The school investigated and responded to individual instances of misconduct by assigning detention to the few student perpetrators it could identify. However, the offensive notes and anonymous shout-outs continued to the point that several female students’ attendance began to suffer.

A more effective response would have included, in addition to punishing the perpetrators, such steps as reaffirming the school’s policy against discrimination (including sexual and sex-based harassment), publicizing the means to report allegations, training faculty on constructive responses, hosting class discussions about sexual harassment, and conducting outreach to involve parents and students in an effort to identify problems and improve the school climate.