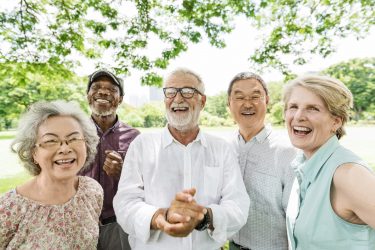 The Commonwealth of Pennsylvania has the third highest percentage of elderly residents in the United States with nearly 2 million residents over the age of 65. Scam artist of all types take advantage of this and target this generation.

Created in August 2006, The Attorney General’s Senior Protection Unit investigates and prosecutes those who cheat, deceive or abuse older Pennsylvanians.  The Section is comprised of prosecutors, agents and support staff.  A special section within the Unit educates the public about senior fraud and teaches them how to avoid being victimized.

The Commonwealth of Pennsylvania has the third highest percentage of elderly residents in the United States with nearly 2 million residents over the age of 65.  Statistically, senior citizens are favored targets for many kinds of consumer fraud including identity theft, charities, telemarketing and sweepstakes fraud.  The Public Protection Division in the Office of the Attorney General addresses those types of consumer complaints as well as health care issues, violations of the Pennsylvania Do Not Call Law, and numerous other subjects.

In addition, the fastest growing segment of Pennsylvania’s population is those who are 85 years of age or older.  Frail and care dependent elderly are often susceptible to other forms of abuse, including physical and mental abuse, financial exploitation and neglect.  The Criminal Law Division in the Office of Attorney General investigates provider fraud in the Medicaid program, insurance fraud and other crimes.

Because various state agencies, local law enforcement, criminal investigators and prosecutors work together to resolve cases of elder victimization, it may be difficult to know where to report certain elder abuse concerns.  A toll free call to Senior Protection Unit to report the abuse, neglect, financial exploitation or victimization of an older Pennsylvania, can provide necessary assistance to help address your questions efficiently and expeditiously.

The Attorney General’s Office believes that each of us has a role to play in preventing elder abuse and recommends the following tips for family member or caregivers to identify elderly abuse:

If you have any reason to suspect that an elderly person may be victimized in any way, call, email or fill out a complaint form.