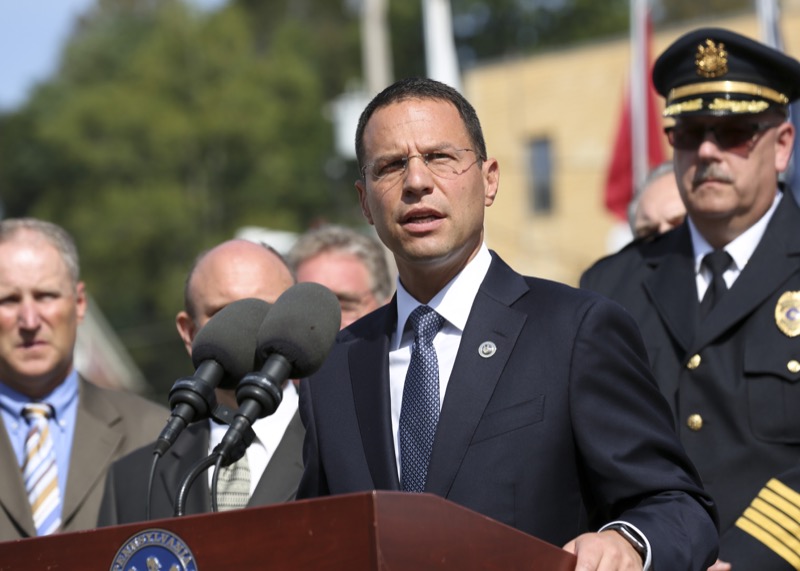 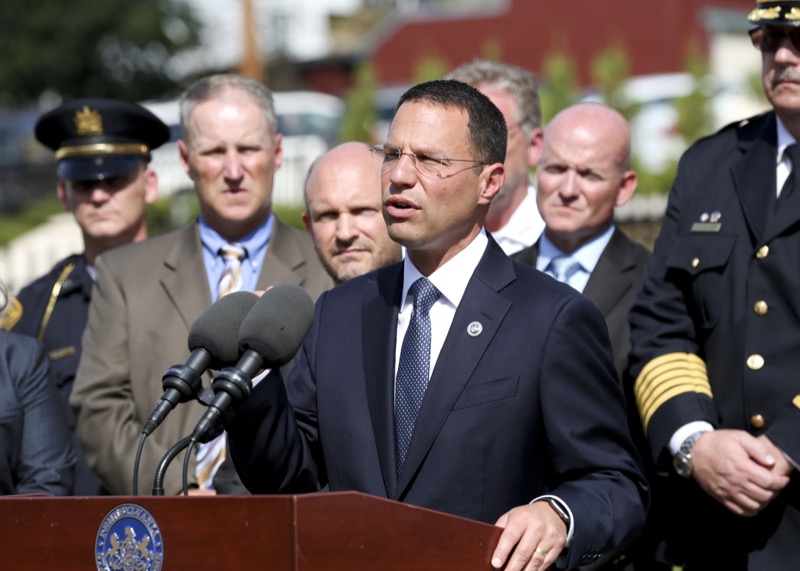 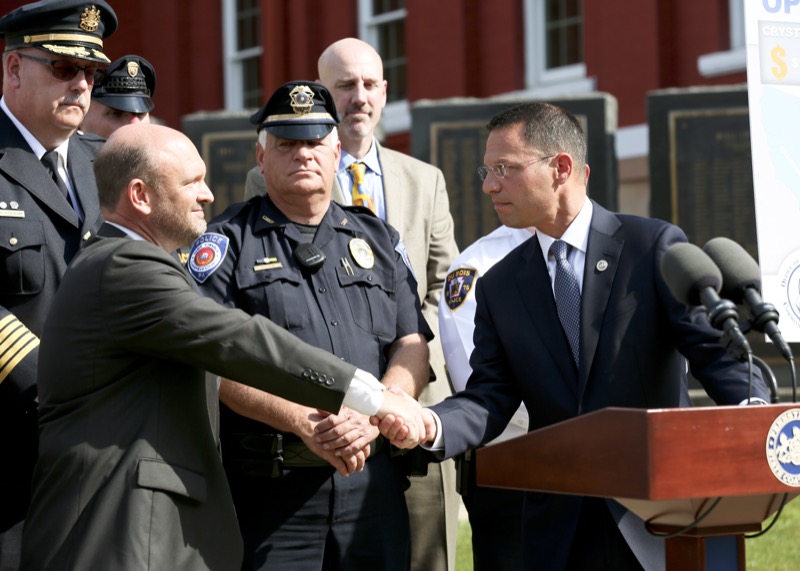 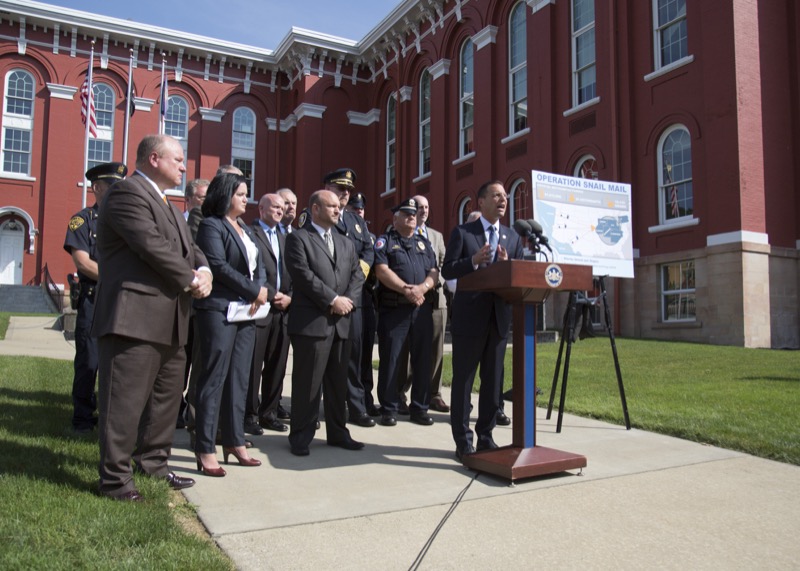 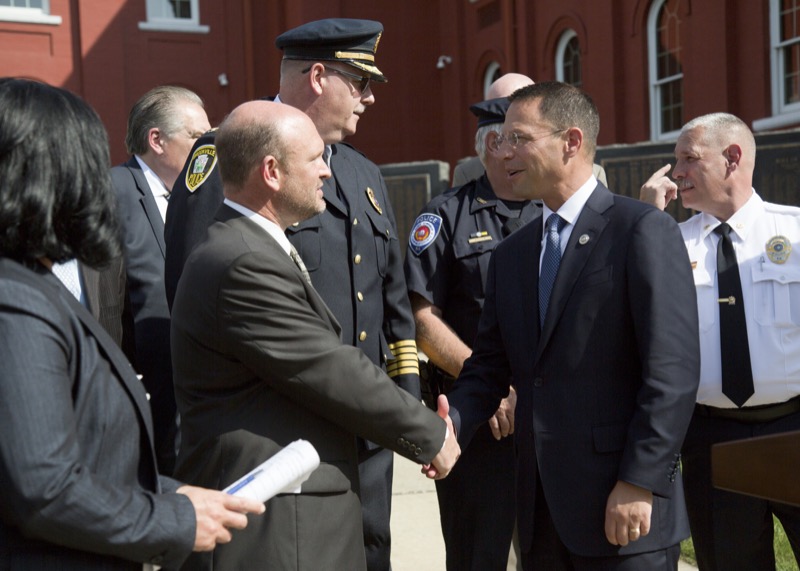 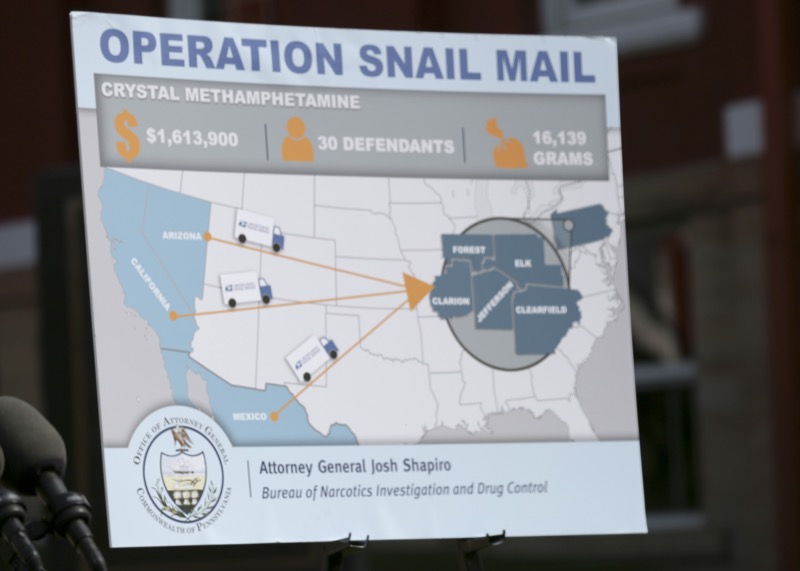 BROOKVILLE, PA — Attorney General Josh Shapiro today announced criminal charges against 30 drug dealers in connection with the shipment and sale of $1.6 million in crystal methamphetamine in Jefferson, Clarion, Clearfield, Elk and Forest Counties over the last year and a half.

The crystal meth was shipped to Jefferson County and the surrounding area through the U.S. mail from drug dealers in Arizona and California. It was then sold throughout North Central Pennsylvania by a network of 30 drug dealers. The 35 pounds of crystal meth that they sold – broken up into ¼ and ½ gram doses – produced between 32,000 and 64,000 doses of the drug that were sold in the 5 North Central PA counties.

“When drug traffickers from other states target rural Pennsylvania, our agents will be right here to catch them and shut these networks down,” Attorney General Josh Shapiro said today at a news conference at the Jefferson County Courthouse. “Today’s arrests show how we’re working hand in hand with local, state and federal authorities to help every town get what it needs to take on dangerous drug dealers and keep our communities safe.”

“Here in Pennsylvania we’re not going to let Crystal Meth go unchecked, not in Jefferson County and not in any part of the northern tier,” Attorney General Shapiro vowed. “To the people of Jefferson County and surrounding areas, we hear you, and we’re pursuing these dealers peddling their poison wherever we find them.”

Most of the crystal meth shipments into North Central Pennsylvania were done by Larry Dean, 58, who maintained residences in Mayport, PA and Tucson, AZ.  A willing recipient – and seller – of the crystal meth that Dean was mailing to Dale Hanlin, 66, of Cooksburg, PA.  Hanlin and other drug dealers charged today had a group of loosely connected dealers standing by to sell the drugs once they got to North Central Pennsylvania.

“We have been battling the crystal methamphetamine scourge for several years and this collaborative investigation with the Pennsylvania Office of Attorney General and the Jefferson County District Attorney have allowed us to make the citizens of Pennsylvania safer,” said Lieutenant Christopher J. Neal of the Pennsylvania State Police Troop C in Punxsutawney.

“This investigation is an example of what great things happen when different outstanding law enforcement agencies collaborate and work together,” said Jefferson County District Attorney Jeff Burkett at today’s press conference. “Today, we have delivered a major blow to methamphetamine trafficking in this region. I want to thank Attorney General Shapiro and all the dedicated officers who put their heart and soul into this endeavor.”

Charged with conspiracy, possession with intent to deliver drugs and corrupt organizations are:

Since taking office in January, Attorney General Shapiro’s office has: