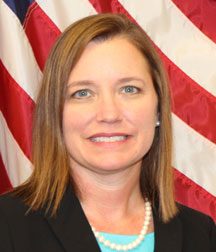 As First Deputy, Henry is responsible for overseeing all legal, criminal and civil matters for the Office of Attorney General.

“Our mission in the Attorney General’s office is to be the best public interest law firm in the country, and Michelle Henry is the key leader making that happen,” said Attorney General Josh Shapiro. “This honor is well-earned, and Pennsylvanians should be proud to have a public servant with Michelle’s knowledge and experience in the role as First Deputy Attorney General.”

Widener University’s Excellence in Public Service Award is granted annually to an alumnus or alumna who has exhibited excellence in public service. While nominees must be alumni of Widener Law Commonwealth, anyone may nominate a graduate of the school. The selection criteria focus on the nature and impact of the nominee’s contributions to public service.

“Widener University Commonwealth Law School should be commended for recognizing the public service of its alumna, Michelle Henry,” Attorney General Shapiro said. “We support Widener’s mission and focus on making a positive impact across our Commonwealth.”

Over the course of her 20 years as a prosecutor, she has prosecuted murderers, rapists, armed robbers, drug dealers and child abusers. Henry received her undergraduate degree from Allegheny College in Meadville, PA, and received her law degree from Widener University School of Law in Harrisburg, PA.