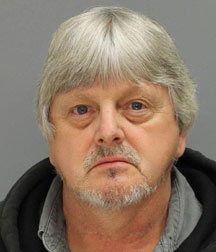 Harrisburg — Standing with family members of Debra Rodgers in Perry County, a rural county in Pennsylvania, Attorney General Josh Shapiro today announced that a murder charge has been filed against a Perry County man for the 1983 death of Debra Jane Rodgers.

Carl Rodgers, 62, of Fox Hollow Road, Shermans Dale, was arrested yesterday and charged with the murder of his wife, Debra Jane Rodgers, 34 years ago.

“For more than three decades, the family and friends of Debra Jane Rodgers have sought justice, and wondered if this day would ever come,” Attorney General Shapiro said today at a news conference with the Pennsylvania State Police in Perry County. “Thanks to a strong collaboration between the Pennsylvania State Police and our office, and the effective use of a statewide investigating grand jury, Carl Rodgers stands charged with murder.”

Debra Rodgers was 23 at the time of her death. She was living with her husband Carl Rodgers and their five year old daughter in a trailer on the Rodgers’ family farm.

Debra was working at Little Buffalo State Forest near her home in Perry County and progressing in her career. Investigators learned after her death that she had recently applied for a job with the Pennsylvania Liquor Control Board as an administrative aid, which would have meant a pay increase.

Evidence showed that she was a competent employee and loving mother. Here is a link to the Grand Jury Presentment.

On the night of her disappearance – April 22, 1983 – Debra returned home late from her job at the state park. The statements given by Carl Rodgers to the police about what transpired that evening were inconsistent.  He claimed his wife was depressed about her job and was suicidal. He later admitted to police that the couple had argued and he had grabbed her by the arm.

The search was called off that evening without finding Debra. Carl Rodgers refused to leave Debra’s car where he and the family had found it. Debra’s family members were concerned that Debra would be stranded in the cold without the car, but Carl insisted on driving it back to the farm.

The next day, April 24, 1983, the search resumed in the woods.  Carl Rodgers suggested he search a ridge line with Debra’s brother, while other family members search the woods below. Debra’s body was found by her mother, in the heavily wooded area Carl had suggested.

Investigators noted that Debra was found several hundred yards from where her vehicle was parked and her shirt was pulled halfway up her torso as if she was dragged to the location. In addition, a knife was found near the scene with its sheath nearby, bearing the name “Carl.”

A coroner’s report determined Debra had died of blunt force trauma to the head and torso, but both of her wrists had been deeply slashed to make it appear as though she had committed suicide. The coroner determined that several tendons in both wrists had been cut and that it was extremely unlikely the injuries were self-inflicted.

In 2016, Senior Deputy Attorneys General Kelly Sekula and Heather Castellino met with Pennsylvania State Police to review cold case homicides. As a result of that meeting, the Office of Attorney General obtained a referral from the Perry County District Attorney’s Office and brought the case before a statewide investigating grand jury, which reexamined all of the evidence and heard testimony from witnesses and experts.

The grand jury recommended a murder charge be filed against Carl Rodgers for the homicide of his wife, Debra. Rodgers was arrested by the Pennsylvania State Police yesterday, and is being held without bail.

“Since 1983, members of the Pennsylvania State Police have diligently investigated the untimely death of Debra Rodgers,” said Lieutenant Mark A Magyar, Criminal Investigation Section Commander of the Pennsylvania State Police Troop H.  “I commend the investigative dedication to bring resolution to the family of Debra Rodgers. The collaboration with the Office of the Attorney General has been paramount in bringing forth the arrest and upcoming prosecution of Carl Rodgers.”

“This case shows the commitment we have, across law enforcement, to pursue unsolved murders regardless of how many years go by,” Attorney General Shapiro said. “Just as families never stop praying for loved ones they’ve lost, we will never stop seeking justice for victims anywhere and at any time in our Commonwealth.”