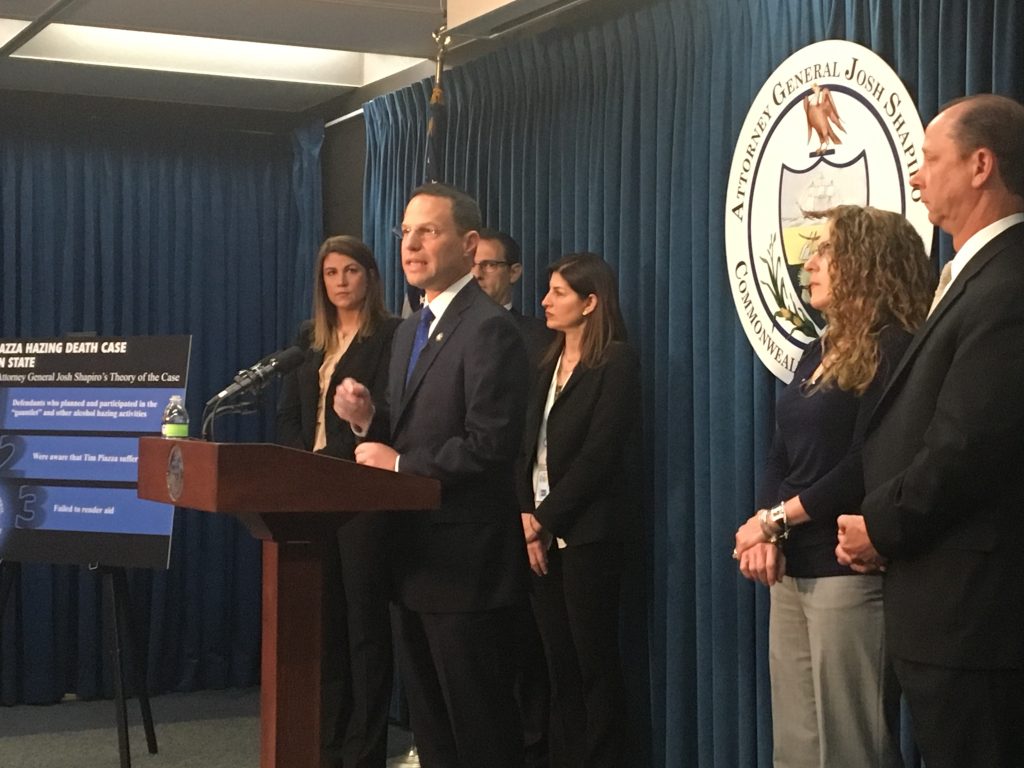 In November 2017, Ryan Burke was first charged in the hazing death case by the Centre County District Attorney’s Office, along with numerous other defendants from the Beta Theta Pi fraternity house.  The case was referred to the Office of Attorney General Shapiro in January 2018.

Today, Burke, 21, admitted his role in the hazing of Tim Piazza, which included being present for and actively encouraging a gauntlet of drinking games and an obstacle course involving Piazza and other pledges. After a night of drinking at the fraternity house, Piazza suffered a fall down basement steps that proved fatal. Piazza died on Feb. 4, 2017.

“Tim Piazza’s death was a terrible tragedy,” said Attorney General Josh Shapiro. “Today marks the first guilty plea by a defendant in this case.  My office is committed to seeking justice on behalf of Tim Piazza and his family and holding every responsible individual accountable for their actions, consistent with the law and the evidence in this case.”

Burke entered his plea today before Centre County Common Pleas Judge Brian Marshall. Others charged in connection with Piazza’s death are at various stages in the legal process. Sentencing for Burke is scheduled for July 31. The case was prosecuted by Chief Deputy Attorney General Brian Zarallo.